The ground that nourishes our vines

Each vine is rooted firmly in the patch of land to which it belongs. A sandy, calcareous land that just about contains all that it needs. An affinity that provides the means to overcome the inclemencies of weather and earth, and which finally produces a cherished fruit. 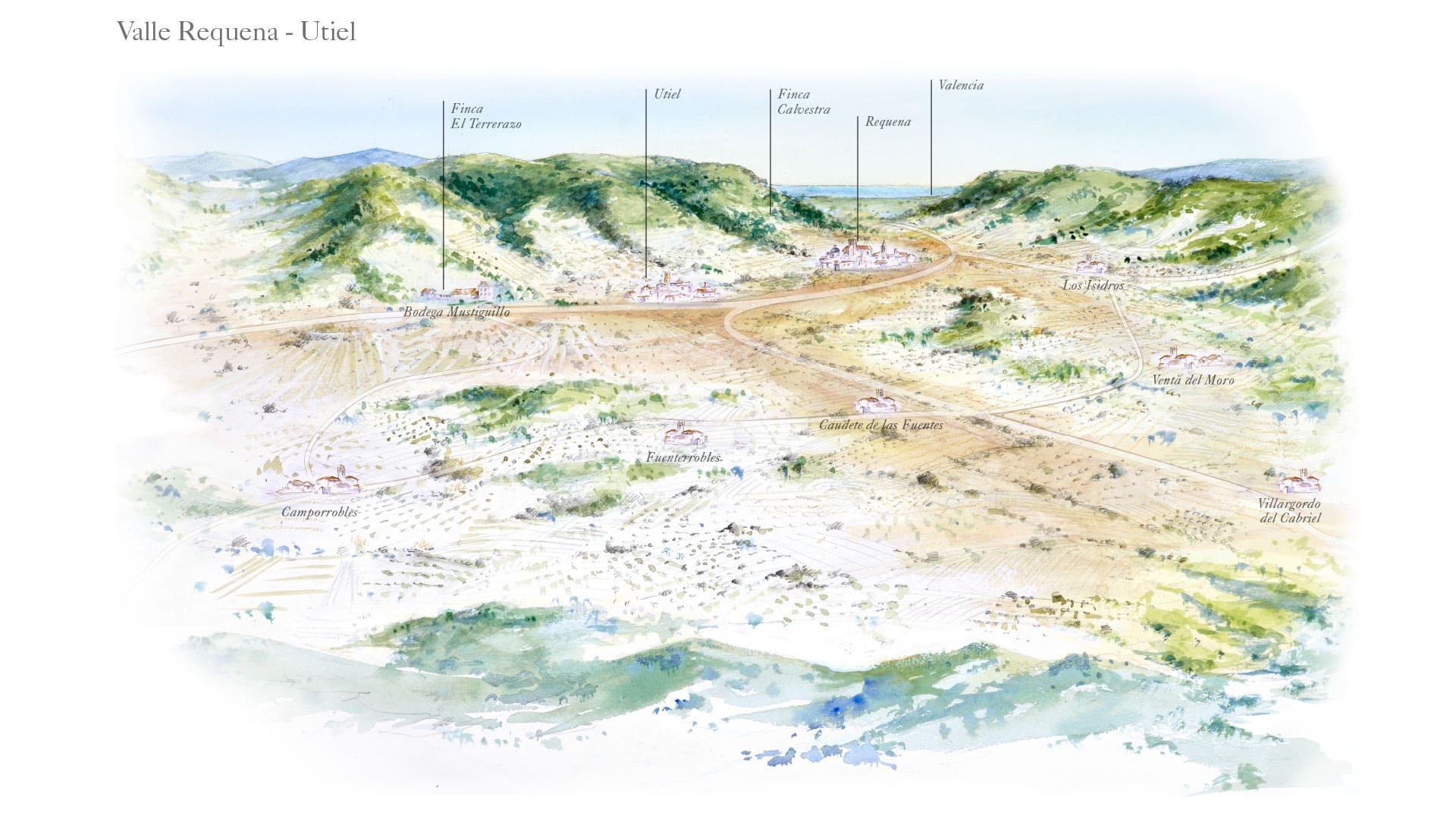 A broad valley nestled in between mountains, at the foothills of the Sistema Ibérico. 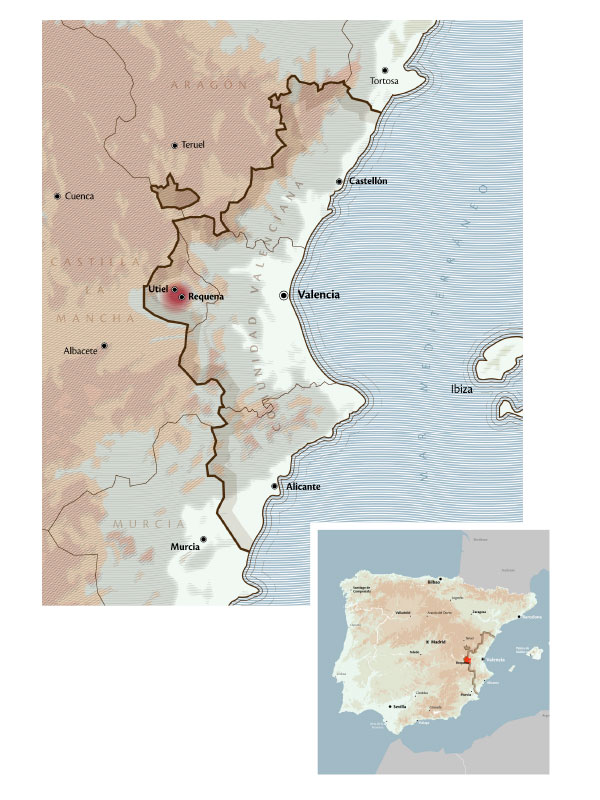 A Mediterranean climate with a noted Continental influence bathes our vineyards. Prevalent winds also play an important role: the soft breezes that come to us from the Mediterranean bring us fresh and humid nights, while the warm winds that blow from the interior help dry our vineyards.

A plateau on the edge of the La Mancha meseta, under the shadow of the Sierra del Negrete 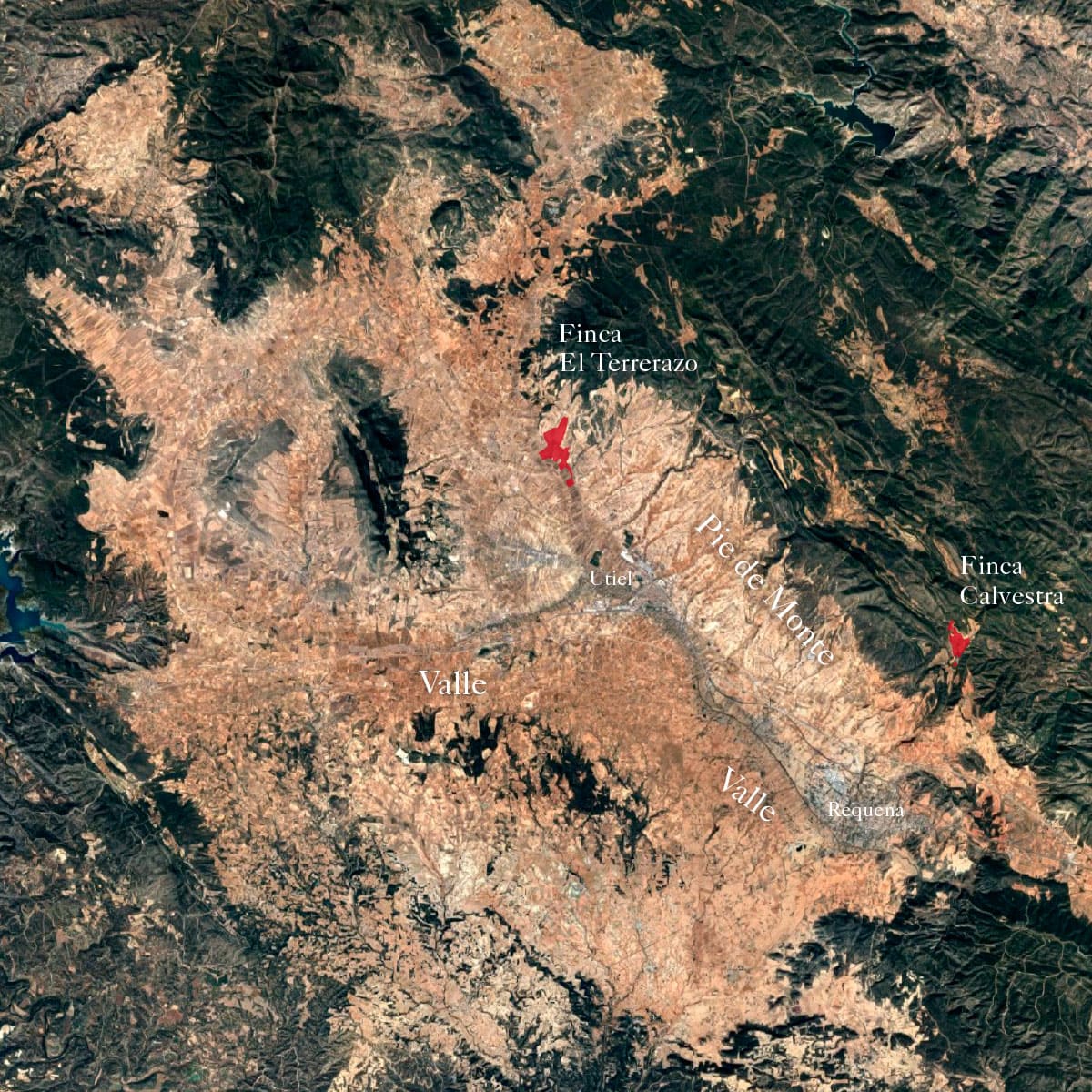 THE NATURE OF OUR SOILS

The Requena-Utiel plateau is a landscape made up of different surfaces, spanning various geological eras from the Tertiary and Quaternary periods.

The Quaternary plains are characterized by low, rolling hills composed of materials deposited during the Tertiary period, rising up over what was once a great inland body of water that dried up over time.

Higher still is the imposing Sierra del Negrete, a mountain range with a 200-million year history. It is covered in a Tertiary soil which, at a depth of 60cm, reveals a calcareous crust of dolomite origin that descends from the mountains. It is in this land, growing in chalky-sandy soils, that one finds our El Terrerazo and Calvestra vineyards, organised in different parcels of varying levels of sand and an abundance of sedimentary material.

It is here that the roots, once established, come across a hard crust of minerals that will have to be crossed, as it is on the other side – with its deposits of water and nutrients – that life really exists.This titanic effort for survival is what ultimately comes to define our wine. 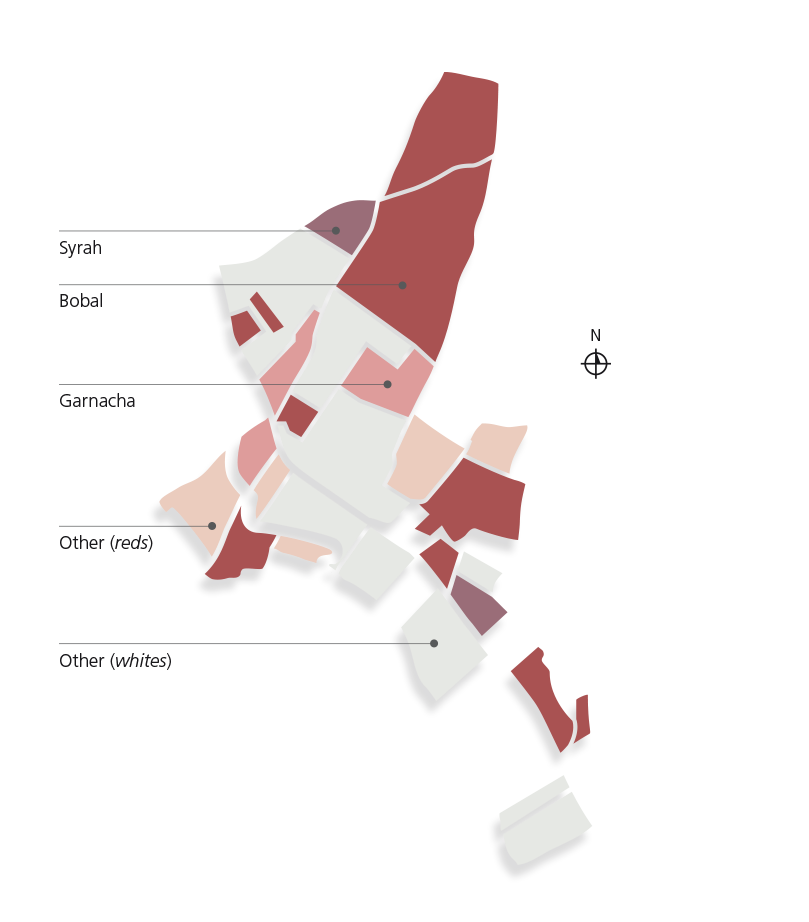 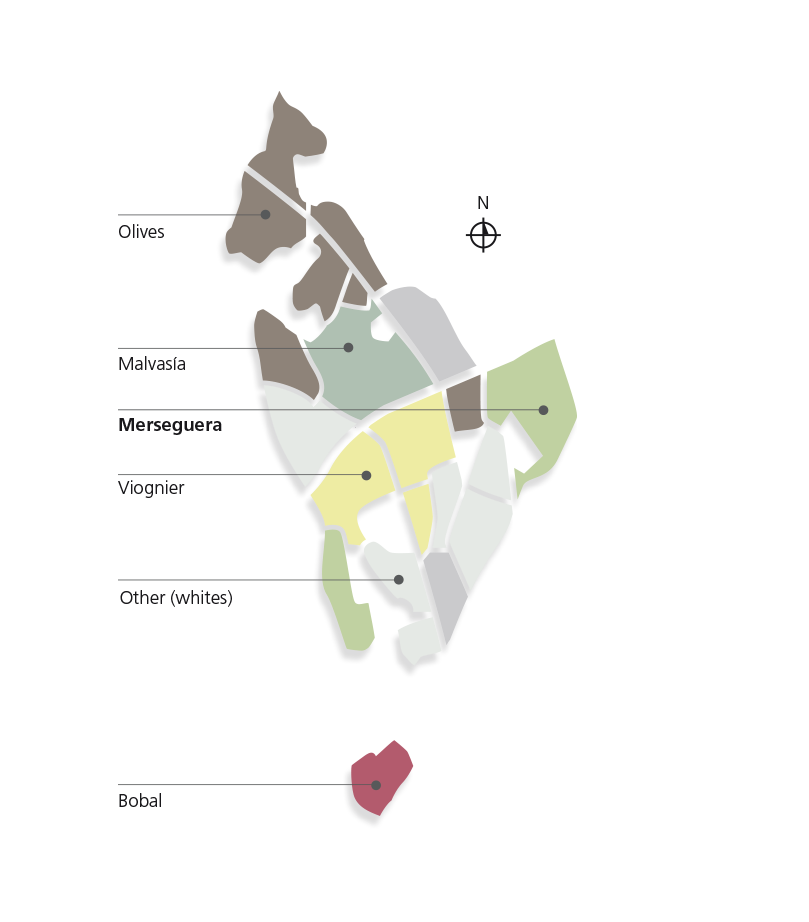