Mustiguillo, a long and winding road 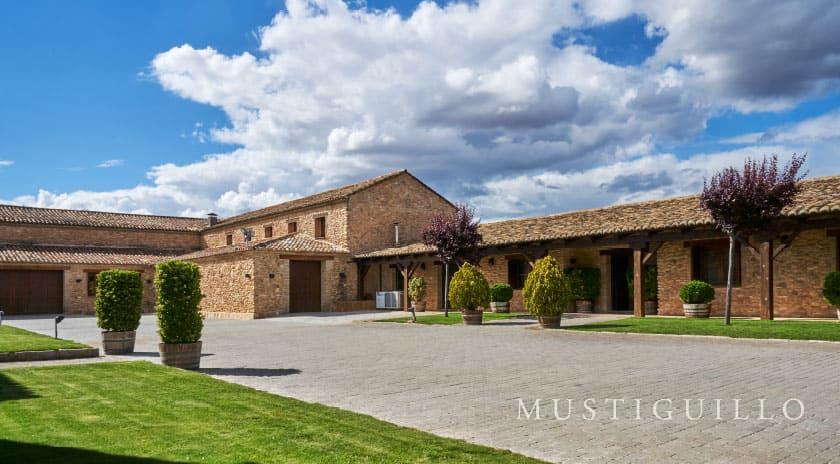 The Mustiguillo story starts in 1972, when the Sarrión-Martínez family bought the Terrerazo estate. Starting as a country retreat, the estate soon developed into an extensive farm and ranch.
Toni Sarrión himself spent a good part of his childhood and adoloscence under the influence of this countryside. As the region offers little work opportunities, he eventually decided to study abroad. In time, he obtained a license in Business Management and Administration and spent several years working in different sectors, amongst others in banking, in the ceramic tableware industry, and with his father in public infrastructure construction. In short, it wasn’t long before Sarrión fell into the trappings of a humdrum working life. That is, until one day he decided to part ways with a career that he simply could not identify with anymore.

For Sarrión, most things are quite simple. They do not require a great deal of explanation. Mankind has always felt a need to leave a mark. Some kind of legacy of a journey undertook. And there is no deeper mark than that left in the ground itself, a mark that can be followed by others. This is the idea that gifted him with the determination needed for his next steps.

In the mid-90s he returned to Requena to study Oenology and Viticulture. He nourished his growing knowledge with visits to world-renowned wine regions, observing with surprise that the great wines often had one thing in common – they were produced with a local grape variety, native to that region. He knew at that moment that that was where the secret lay. And with the Bobal, he had this secret within easy reach. Luck was on his side.
The infamy that surrounded the Bobal as an inferior grape destined to be used only for mass produced wines, meant that this was not going to be an easy path. At the perplexity and scorn of the local community, he decided to introduce a series of unprecedented, revolutionary ideas to the viticulture of the region, such as soil type maps, or the use of vegetable covers to establish a natural equilibrium in vineyards. Not to mention measuring success by leaf coverage rather than the age-old kilo-per-hectare system. Or harvesting while the vines are still in bloom simply for the sake of regulating the fruit, and selecting the year’s vintage personally, a vintage which eventually went on to become the first ever Quincha Corral. Like a single solitary vine that took root outside of an estate’s boundaries, he silently bore the pains of being the local community’s outcast. 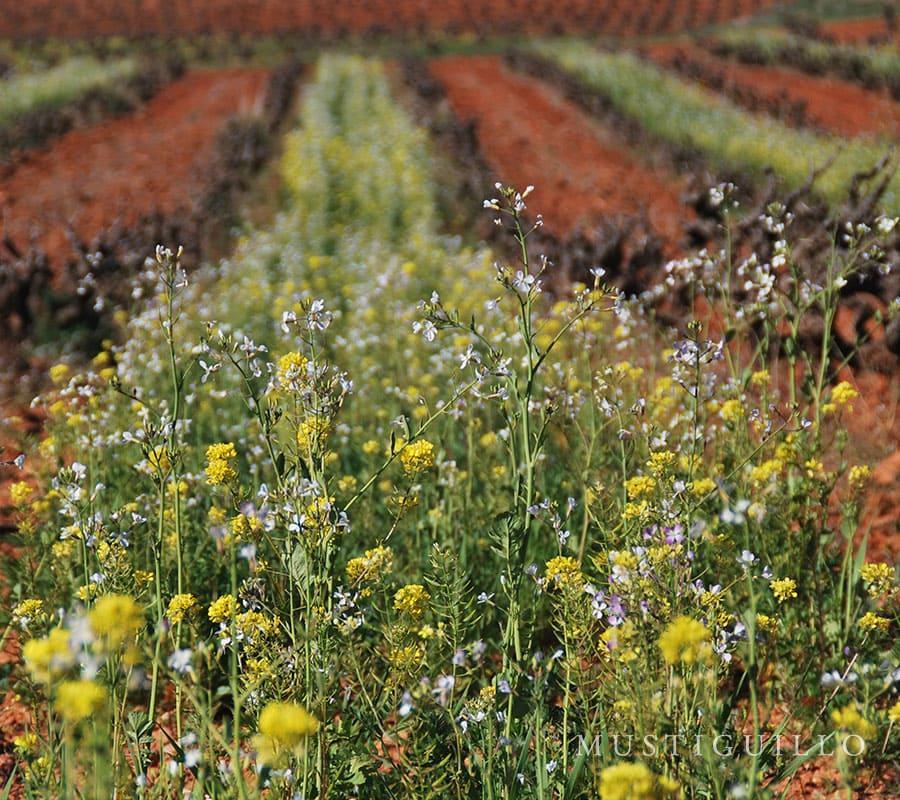 And yet he soldiered on.

His decision to embark on this adventure was not born out of a desire for prosperity, but out of a conviction to give the Bobal a renewed relevance. A variety of which he put himself in charge to produce not only great wines but wines of the highest possible quality. It was a path which could not be navigated in any other way except in the solitary and against the current, for by the mid-90s, few or none had any affection left for this rather anonymous grape.

At first the road was full of doubts and uncertainties, with Sarrión occasionally coming close to throwing in the towel. To the chagrin of even his innermost social circle, it took him 4 years to produce his first sellable wine – a long stretch by anyone’s patience. Yet luck was always on his side. As if miraculously, he suddenly came up with the vintage that he had set out to create. Success followed swiftly when Sarrión managed to sell it to both a prestigious North American and a Swiss distributor for equal parts, at a price that justified all the effort that he had invested so far. It was 2003, the year in which the first bottle of Quincha Corral was sold.

From then on it was a matter of upholding the high standards established.

Even if the vintage of 2000 was the commercial inception of Mustiguillo – when two wines were presented: Quincha Corral and Finca Terrerazo – it was 2003, yet again, when things really took off.

That year Mustiguillo obtained an I.G.P. (Protected Geographical Indication) Vino de la Tierra de Terrerazo – the first Spanish estate to obtain an I.G.P. within a D.O.P (Protected Designation of Origin). In 2004, the influential critic Robert Parker rated our Quincha Corral 2001 with an impressive 95 points – a first for a Bobal-based wine.

In 2010, precisely on the 17th of September, a day that many had waited for finally arrived. In recognition of the estate’s unique location, altitude, soil types, climate and surroundings, Finca Terrerazo was granted a Denominación de Origen Protegida – D.O.P. Pago El Terrerazo, making it the first vino de pago (single-estate wine denomination) in the Mediterranean region. 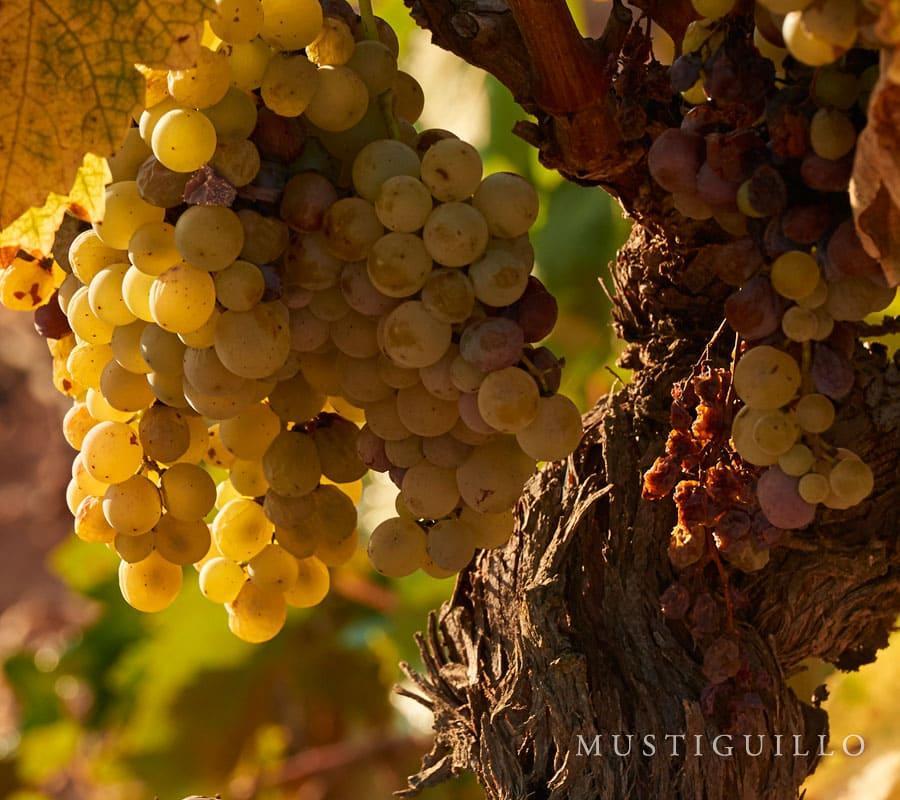 An increasingly discernable modus operandi that spoke of passion, compromise and simplicity led to Mustiguillo appearing on the wine menus of some of the world’s best restaurants. How was this possible? With hard work, and lots of it. And a working style that is unmistakably Sarrión’s. It is viticulture lived as a vocation, one that has led to recognition and prestige from within the sector, from fellow oenologists and specialised critics alike.

More recently, Sarrión was made Executive President of the Asociación Grandes Pagos de España (Association of Great Single-Estate Wine Denominations of Spain). It is an association that shares the same philosophy as the one with which Sarrión established his El Terrerazo estate 20 years ago: “..wines that distill in each bottle the very essence of its land”.

A declaration of intents that zzvvvvv Sarrion has proved to the utmost with the Bobal, and in time also with Finca Calvestra’s Merseguera.